When something good comes from sadness...

Chris Sloan first contacted Renray in September 2018, seeking help in his quest to provide reclining chairs to Ward 4, Wishaw General Hospital, who had cared for his Mother, Nancy Sloan, for 5 months before her passing in November 2017.

A harrowing time for Chris and his family, his mother was admitted to Wishaw General Hospital in June 2017 and later diagnosed with Left Ventricular Cardiomyopathy (a type of heart failure). After receiving a “brilliant level of care” from the medical staff, nurses, and doctors, Nancy’s condition, unfortunately, did not improve and “end of life” care commenced. One of the things that made her last week more comfortable were the reclining chairs in the room, which allowed visiting family and friends to spend long periods of time, including overnight stays, by her bedside.

Chris describes his mother as “the type of person who would have wanted something good to come from sadness”, as such, after her passing, he decided to raise money for the ward in her honour. 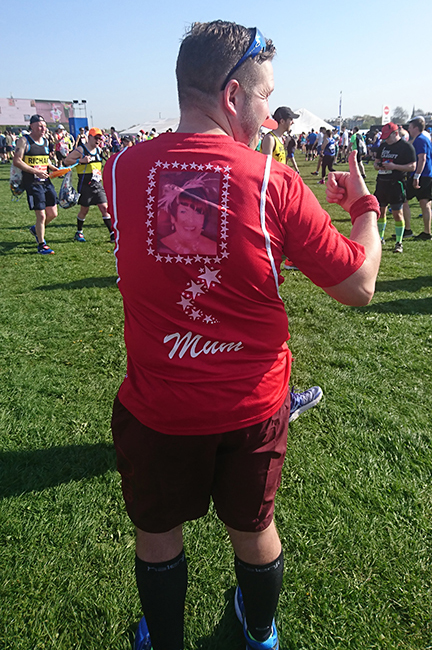 After speaking with some of the nurses on Ward 4, Chris learnt that recliner chairs are not funded by NHS Scotland and, having experienced firsthand how important they are, decided this is what the funds raised would go towards.

A month earlier, Chris had received confirmation of a ballot place in the 2018 London Marathon. Being a lifelong dream to compete in this event and now having a worthy cause to run for, Chris started his training and fund raising campaign.

On 22nd April 2018, having raised a massive £3,300 for his cause, Chris took to the streets of London and started his 26.2 mile journey. It was the hottest London Marathon on record but this didn’t deter Chris, using all his mental and physical strength, he crossed the finish line! 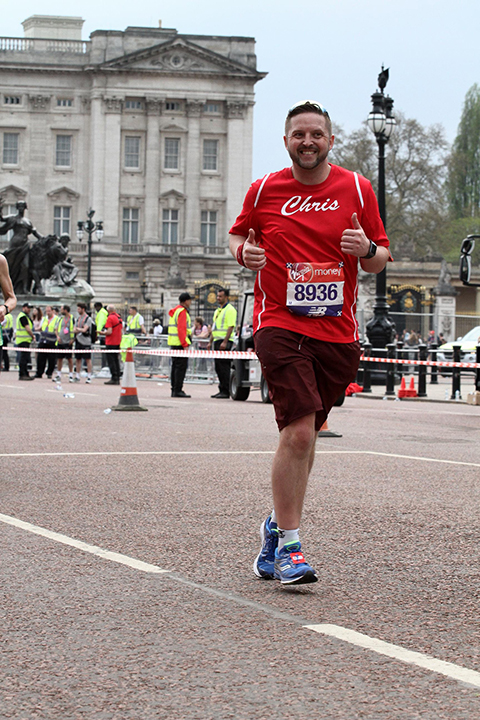 Chris describes his experience as “more than just a run for me, it was the most emotional 26.2 miles of my entire life. I ran in memory of my mum and to raise funds for Wishaw General Hospital, Ward 4.” 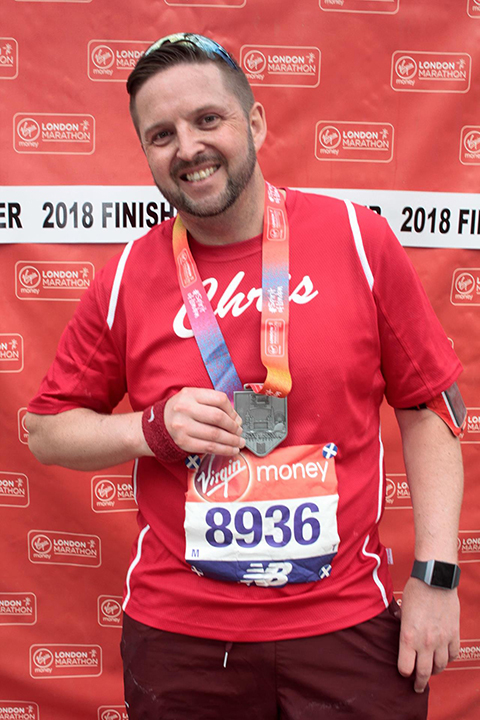 Having completed the marathon, it was now time to set to work acquiring the recliner chairs for Ward 4!

Renray Healthcare is the preferred supplier to NHS Lanarkshire/ Wishaw General and after hearing Chris’ inspiring story, we were keen to help him obtain as many recliner chairs as possible.

On the 17th December 2018, x4 brand new reclining chairs were delivered to Ward 4, where a full demonstration was given to show how to remove the back of the chair for cleaning and maintenance. 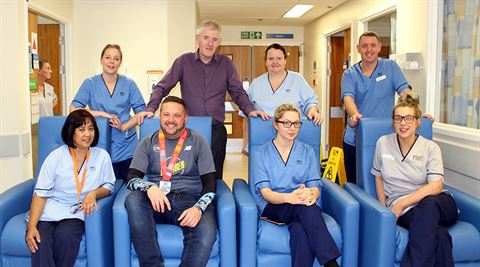 An emotional experience for all involved, the staff were extremely grateful and excited to receive the new additions to the ward, mainly because of the difference it will make for their patients and visitors. And for Chris, it was a truly satisfying moment to see all his hard work had paid off!

If you would like more information on how Renray Healthcare can assist you with your furniture requirements, contact us at sales@renrayhealthcare.com or call 01606 593 456.

Designing for Dining We explore why the design of dining rooms and the products used in them is crucial to supporting people living with dementia. Over recent years we have explored best practise in ...Read More?
Posted on 24 Oct

How to put up Roman Blinds?